Have you ever thought about what you would be if you weren't doing what you're doing right now?  I know that most stay at home Moms think about this.  We wonder what other life we would have had if we weren't at home wiping noses and bums, kissing hurts, doing dishes, folding laundry (or not) and all of the other jobs we have.

When I was in college I went from major to major to major (which is why I don't have a degree, but have lots of credits and lots of knowledge about a lot of things...run-on sentences not included).  I never really found anything that I felt like I would really excel at.

I had always had an interest writing though.  I know, hard to believe huh?  When I was eight, I got my first journal.  After that I always took comfort in putting the pen to the page.  I wrote poetry and music...oh the music.  I had a piano in my room, a full size electric keyboard that felt and sounded just like a real piano.  I would sit up and write music like nobody's business...that was in Jr. High.  A tune and words would come to me and I would just do it.  I couldn't write the music down, just the words.  It was my heart and my soul right out there for anyone to hear.  I was proud of it, what's not to be proud of?  Minus my brother (who never had a kind word for me anyway) people told me I was good and I believed them.  I went to Show Choir Camp (I know you're jealous my fellow Glee loving friends) and I played my music there.  I had so much positive feedback from the instructors and other kids that I was just floating.  I was big time man.  Show Choir was a big thing in my school and I was at the top of the game.

Then we moved.  We moved from a small town in Kansas, to a small town in Utah.  Lots of differences, but the biggest one was the size of the school.  My High School in Kansas had 700 students in 4 grades.  Compare that to a High School with over 2000 students in 3 grades and I was definitely out of my element.  I continued to write music, but it was different.  The tone had changed.  There weren't school talent shows to perform for anymore, and even if there were, there were so many people that were so much more talented than I was.  I started to believe my brother who had always told me I was nothing special.  I started to feel that what I had wasn't good enough.  I didn't make the show choir because the director didn't know my family (seriously, she was a lot of a crazy person), so I did musicals.  I loved doing them, but again...there was always someone who they knew and liked better.  I became very good at playing second fiddle and didn't really believe that I was good enough anymore.

I stopped writing music completely.  A part of me died.  Or maybe it was just sleeping.  Fast forward a few years to when I was 20.  I got my second guitar and something happened.  I started writing again.  I started to feel it in my heart and my soul.  I wrote songs to express and try to make sense of everything I was feeling.  I wrote songs for my friends who had broken hearts, I wrote funny songs about the cute guys playing volleyball, I wrote about my longing to be loved.

I made the CD, I had pictures taken, I sent out demos only to be told time and time again that I just wasn't the right material.  I would have gone to Nashville and worked as a waitress until I was able to make it to the big time, but that wasn't my path. 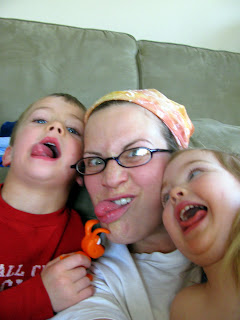 But sometimes when things are just too much, too overwhelming, I look back at that girl and imagine her in a different life and I smile. 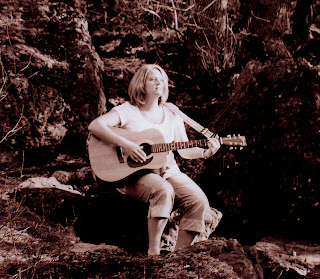 I still have that cd!